Words like equity and humanities, as well as phrases like “pathways for a better life”  are skeletons of concepts we will unpack and discuss as part of a larger conversation about changes coming to the University of the District of Columbia (UDC) that will help faculty, students and administrative leaders bring fairness and success to every community and collective in the DC metropolitan area.  This will be a roundtable discussion with UDC’s President Ronald Mason, Jr.,  Dr.  Aparajita De, Associate Professor in the English Program, Chenequa Holland, student and blogger, and your host, Dr. Cherie Ann Turpin, Associate Professor.  Join us as we discuss challenges and visions for a regenerated and renewed UDC.  #equalfundingudc

Poetry, power of language, and social progress for the collective will be the center of discussion in my next podcast June 12 at 6 pm EST.

Learn what I mean by “quantum flow” in the poet’s voice–this episode will have you thinking about the power of language.  Ronald Mason the spoken word artist who came to Washington DC as an educator from New Orleans returns for part three to talk about poetry, spoken word, and making culture. We will chat about the creative process and social progress in poetry. Listen in as we both share our writing, process, and ideas in challenging but fascinating times. http://www.blogtalkradio.com/at-the-edge-thinkculture/2019/06/12/quantum-flow-of-the-poets-voice-ronald-mason

Brand is strong, so DONATE!

At the Edge discusses ideas, crossing cultural boundaries to expand ideas about art, writing, knowledge, publishing, and production, while contending with challenges about access, virtual space, political context/challenges, and incursion of cyber cultures.

Soulful Visions of the Speaking Self – download it right now! My two guests give us humor and rhythm as we chat about pop culture, poetry, and music. Have a listen while you shop those end of year bargains! http://www.blogtalkradio.com/at-the-edge-thinkculture/2018/12/13/soulful-visions-of-the-speaking-self-ronald-mason

I’ll be adding some poetry to my blog over the brief break. More podcasts are coming for 2019, but for now please download my latest podcast here:

Also, do check out my talk with Amanda Huron – Carving Out the Commons http://www.blogtalkradio.com/at-the-edge-thinkculture/2018/12/05/amanda-huron–carving-out-the-commons

My first book is still available too: https://mellenpress.com/book/How-Three-Black-Women-Writers-Combined-Spiritual-and-Sensual-Love-Rhetorically-Transcending-the-Boundaries-of-Language-Audre-Lorde-Toni-Morrison-and-Dionne-Brand/7973/

I am currently at work on my second book!

Safe travels, and hugs/kisses for all my readers and listeners!

I’ll be adding some poetry to my blog over the brief break. More podcasts are coming for 2019, but for now please download my latest podcast here:

Also, do check out my talk with Amanda Huron – Carving Out the Commons http://www.blogtalkradio.com/at-the-edge-thinkculture/2018/12/05/amanda-huron–carving-out-the-commons

My first book is still available too: https://mellenpress.com/book/How-Three-Black-Women-Writers-Combined-Spiritual-and-Sensual-Love-Rhetorically-Transcending-the-Boundaries-of-Language-Audre-Lorde-Toni-Morrison-and-Dionne-Brand/7973/

I am currently at work on my second book!

Safe travels, and hugs/kisses for all my readers and listeners!

“For the poet, the world is word. Words. Not that precisely. Precisely: the world and words fuck each other.”
― Kathy Acker

It was my first conference, my first time presenting a paper at an academic conference, and my first time in California. San Diego was almost overwhelming to my senses, but upon listening to this heavily tattooed woman with face piercings, electric blue leggings, and short blond hair, I began the process of understanding why I was drawn to Henry Miller, Anais Nin, and Erica Jong–and ultimately Audre Lorde, Alice Walker, and Toni Morrison.

If you are reading this, go click on my podcast with Ronald Mason–I didn’t mention all of these writers during our podcast talk, but the ghosts of Nin, Miller, and Lorde were in the room and on the phone as we spoke. I think I’ve been holding back, a bit of a wound that has not healed from the trauma of grad school and worsened in the business of academia. Mason and I did talk on that a bit. He gets it as a writer as well as an administrator in academia.

And no, it is not an accident that my confidence as a literary scholar and as a creative writer revived itself when he came to UDC in 2015–sometimes a change in leadership from mundane and normalized misogynoir in academia can liberate the marginalized from the corners, even it wasn’t necessarily intentional. A pause so to speak, so that one’s passion for the word can flourish. He called me a scholar in a previous podcast I posted this summer–something I don’t hear often from colleagues.

To be Black and female in academia (even at a so-called HBCU) is to be constantly challenged as to whether one is truly a scholar, or even someone who is qualified to teach. Unlike the previous leaders at UDC, this man who is our leader actually calls me Dr. Turpin and means it. In this political climate that’s worth mentioning more than once–and bookmarking as a reminder every single time a cloud of worry or anxiety about my worth as a writer emerges. 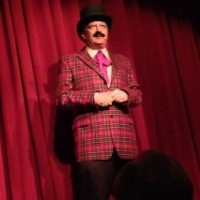 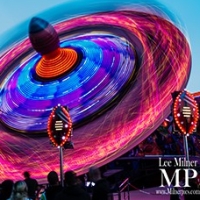 Musings at Tonya Liburd's quirky corner of the web.

The Future is Another Country

pushing sound studies into the red since 2009

The best longform stories on the web

intelligence, strategy, and security in a dangerous world

The site dedicated to Brazilian women of African descent